Established in 1951, the Annual Resident Surgeons Competition has long been the hallmark of the MCACS Annual Meeting (actually beginning two years prior to the formal birth of the Michigan Chapter). At first, residents competed for a single award, the “best paper” presented. For decades, the single award was the Frederick A. Coller Award, or “The Coller Award.” For many years, the entire resident program was informally called “The Coller Competition” and the day of presentations was known as “Coller Day.”

Over the years, things have changed. Papers have increased in number and with the progression of subspecialty areas within surgery, awards gradually came into being for these fields – trauma, cancer, vascular surgery, and transplantation. Within the past few years, two new areas have been added with residents competing for an ethics award and an education award. Currently, nine awards are presented yearly and all of them are highly prized by the presenting resident, co-authors in some cases, their sponsors and institutions. Currently, there are two overall awards and seven specialty or specific area awards.

A timeline of awards by generic designations follows:

The Cancer Award is given under the auspices of the State Chair of Cancer Liaison who sits on the Council of the Michigan Chapter in similar fashion to the Trauma Chair.

Of the nine awards, six are “named” awards, in each case, honoring the named person. One of the six named awards honors two individuals. The Michigan Chapter is indebted to all of the named individuals and is honored to pay tribute to every one. Five of the honorees are honored in memory but at this writing, the honorees of the recent award for ethics remain vibrant and exceedingly active leaders. 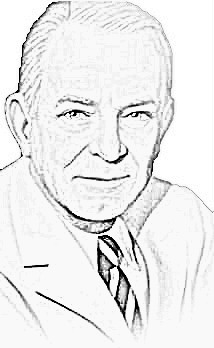 Doctor “Fred” Coller was the first president of the Michigan Chapter and Professor and Chair of Surgery at the University of Michigan.  He was one of the “biggest names” in American surgery and produced a multitude of nationally known surgeons from the surgery residency program of “the U.” A past president of the American College of Surgeons, his name is enshrined in the Frederick A. Coller Society, which has a seat on the Board of Governors of the American College of Surgeons.  After retirement from “the U,” he did not really retire but continued to practice at St. Joseph Mercy Hospital in Ann Arbor.

The “Alec Walt” award is of much more recent vintage, indeed following all of the subspecialty awards.  It was first given in 1995, shortly after his untimely death.  Doctor Walt, a native of South Africa, went to medical school there and noted that he was the first foreign (international) graduate to be president of the American College of Surgeons.  He trained in surgery at the Mayo Clinic, came to Detroit and Wayne State University as a young man and went on to a long tenure as Penberthy Professor and Chair of Surgery at Wayne State University.  With all of his many splendid contributions, he may best be remembered as an artist of the spoken and written word.  After his retirement from the chairmanship at Wayne State, he continued fully active until his too early death from cancer. 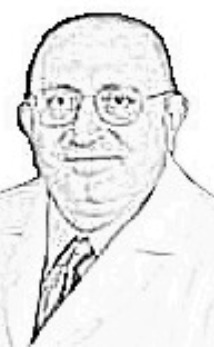 The first specialty (or “subspecialty”) award of the Michigan Chapter was appropriately the award for the best trauma paper, and this was initiated in 1976. This evolved into two separate awards – one for basic science trauma research and one for clinical trauma research. The first of these has close to the longest name of all the chapter awards and this is the “Michigan Committee on Trauma Basic Science Award.” The award in clinical trauma was recently renamed the “Farouck N. Obeid Clinical Trauma Award,” the newest of the named awards. Doctor Obeid came to the United States as a young man, took his surgical residency at Henry Ford Hospital, became a staff member, and remained so until his death of a malignant brain tumor while he was in the prime of life. He was already one of the most respected surgeons in Michigan. A major interest throughout his professional career was trauma surgery/emergency surgery. He was a key figure in MCOT for years and a past president of the Michigan Chapter. When Ford Hospital contracted to develop a trauma service at Hurley Hospital in Flint, Doctor Obeid accepted the challenge. He developed a major trauma service and, for good measure, also a bariatric surgery program. His medical DNA has been passed on to his children to form a small medical dynasty.

The second specialty award of the Michigan Chapter to be established was, fittingly, the “cancer award” or, as most frequently designated in brief, “The Danto Cancer Research Award,” founded in 1986.  This is also the only named award honoring a patient rather than a surgeon.  Robert Danto was a member of the well-known philanthropic Danto family of metro Detroit and was an elderly gentleman when he became a patient of Doctor Charles Lucas who operated on him at Harper (University) Hospital.  Mr. Danto had a surgeon son, Doctor Larry Danto, in California.  When son Doctor Larry and Mrs. Danto wanted to express appreciation for the care that their father and husband had received, Doctor Lucas suggested a named award for cancer research, noting it was appropriate for the state of Michigan to be so recognized.  This led to the legacy gift. 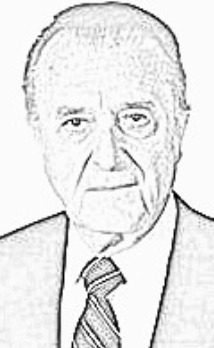 The award for the best vascular paper was established in 1994.  Doctor D. Emerick Szilagi, the namesake of the award, was a national and world figure in surgery and helped put Detroit on the world map of surgery.  His name was synonymous with surgery at Henry Ford Hospital for decades and, as a pioneer in vascular surgery, his work achieved world stature.  Certainly, he is among the handful of the early stalwarts who developed vascular surgery as a specialty.  As chairman of surgery at Ford Hospital, he was very much involved in the training of many excellent surgeons, vascular and otherwise, and was a major figure in the development of Ford Hospital into its current national prominence.  One of his interests was an analysis of all of the surgeon Nobel Prize winners.  His interest in surgery never dimmed and into his 90’s, he still showed up at Ford Hospital and still attended meetings of the Academy of Surgery of Detroit. 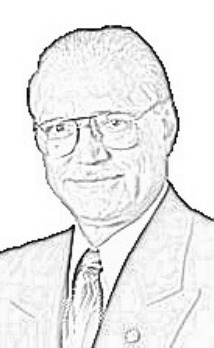 The “ethics award” of the Michigan Chapter resident competition is one of the newest awards of the Chapter, founded in 2009, when the first award was presented.  This was preceded by the Krishna K. and Pamela E. Sawhney Ethics in Surgery Lecture which originated in 2007.  Now, both the Resident Ethics Award and the Lecture are features of the annual Chapter meetings.  Doctor Krishna and his lovely wife Pamela Sawhney have been bright and respected “fixtures” on the Michigan medical scene for many years.  Mrs. Sawhney is a registered nurse, attorney and certified Mediator, and may be a record setter as a working participant in Doctor Sawhney’s achievements. She has been evident and effective in spousal and other activities while he was president of the Wayne County Medical Society, president of the Michigan Chapter, and president of the Michigan State Medical Society.  Doctor Sawhney has been Chief of Surgery at the Ford Hospital owned and operated Wyandotte Hospital.  His interests also include “organized medicine” on the national level and this has led to leadership positions in the American Medical Association.  The Sawhneys have generously endowed the new and entire ethics program of the Chapter – both the Sawhney Ethics Award and the Sawhney Ethics Lectureship.

The first “transplant award” was given in 1992. For several years, the Michigan Chapter has gratefully accepted funding for the award from Gift of Life Michigan.

This competition category started in 2009 and was changed to the Suresh “Lata” Mittal Education Award in 2019. Established in the loving memory of Suresh “Lata” Mittal, auxiliary member and beloved wife of ACSMC past president, Vijay K. Mittal. This award recognizes excellence in education research by a resident. Mrs. Mittal was a gentle but strong-hearted woman with a philosophy of giving back to her community and residents. She participated in all section activities and considered members of the ACSMC as her family, with a special affection for surgical trainees. She advocated for, supported, and inspired all surgical residents and students who crossed her path. She became an integral part of their education both within and outside the walls of the surgical department.